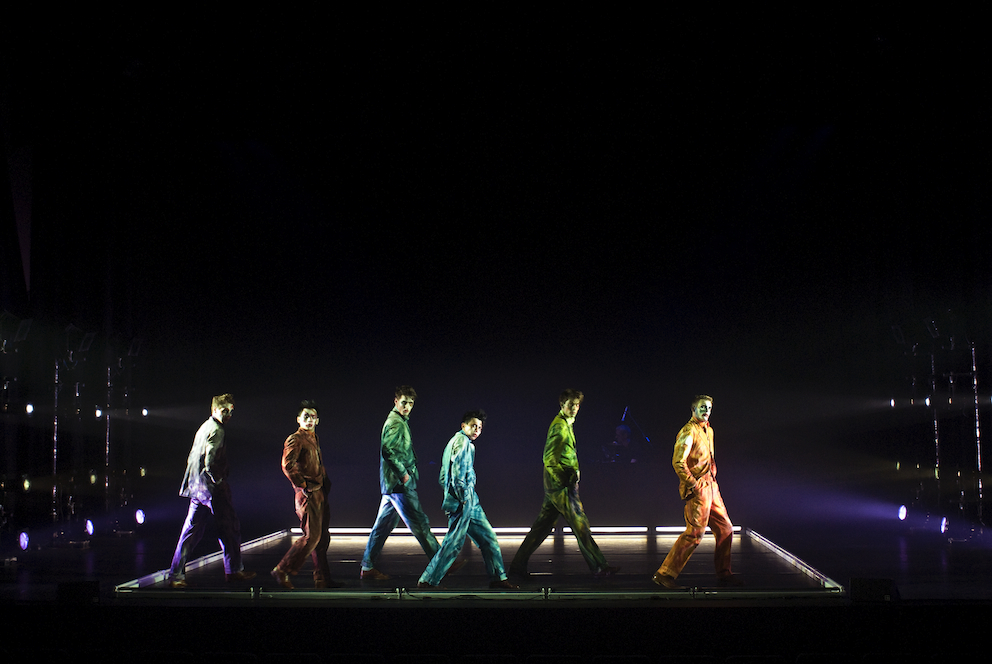 The music, co-composed with Steve Blake, was played live onstage creating a tension with the dancers that created an energy unattributable to a single element. The score was meticulously written to support the choreography's need for marked time, whilst rarely meeting the troupes synchronised gestures. The result was a fascinating example of music and dance coexisting; seemingly woven together through exhilarating accidents.
The fact that Saunders played guitar and bass foot pedals simultaneously, led to polyrhythmic possibilities in line with Blake's drum patterns. 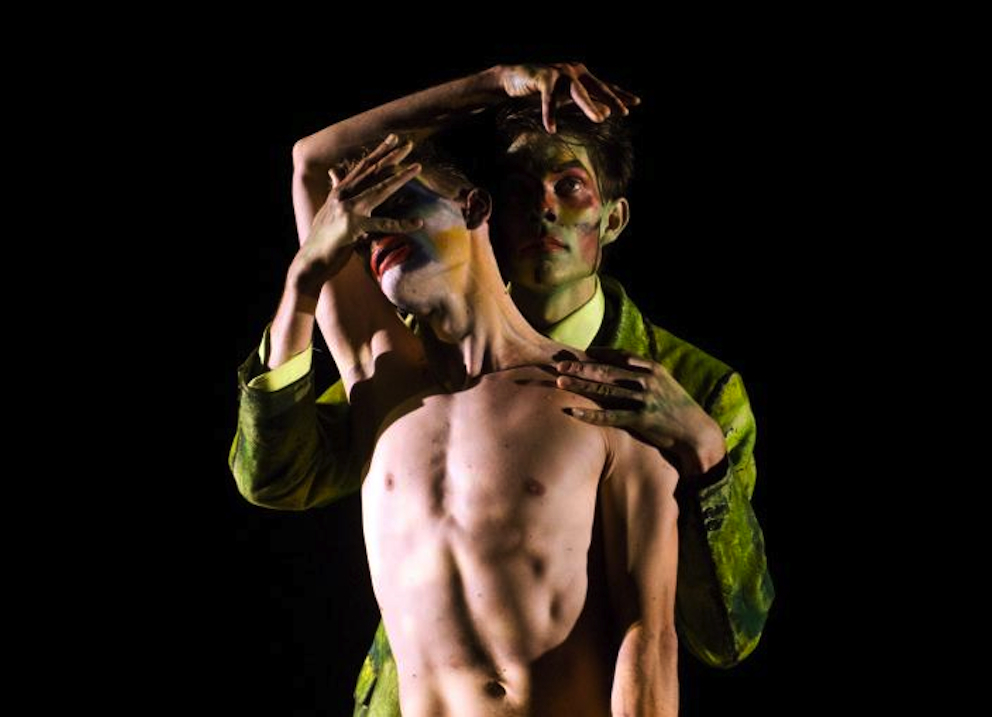 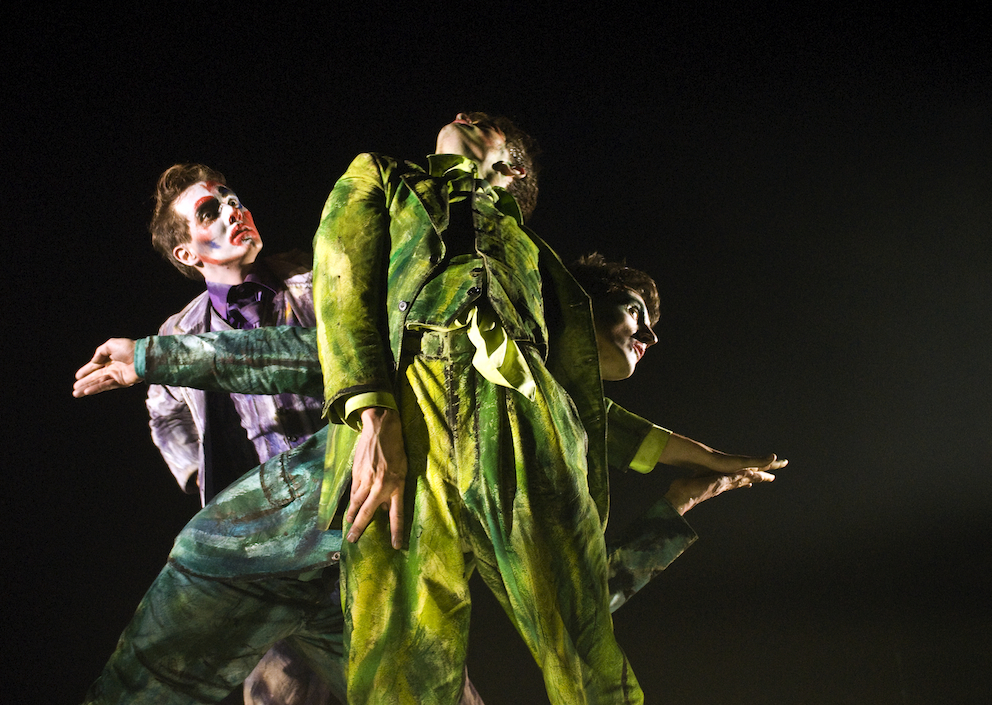