A project made with Hans Diernberger, "The Only Male Geisha" engaged with the figure of Matsunoya Eitaro, the only male geisha in the world. Diernberger and Saunders spent 3 months in Japan (Saunders supported by Arts Council England and the British Council), working closely with Matsunoya and other artists who are invigorating traditional practices. Their framing of Matsunoya as a figure for questioning rigid gender codes and understandings of "the other" was deepened by their contact with story teller Furuya Kasuko, who also introduced them to Hisa Uzawa, one of few female Noh Theatre actors. They also worked with Shō (Japanese mouth organ) players Ishikawa Ko and Tajima Kazue, leading to a sound installation from Saunders, using hyper-sonic speakers and resonators, that was architecturally integrated into the interior and exterior of a major exhibition at The Japan Centre in Cologne, 2018.

Saunders and Diernberger programmed a screening in the centre's cinema of Shinjuku Boys; a 1995 film by Kim Longinotto and Jano Williams. It explores the lives of three trans* men who worked at the New Marilyn Club in Tokyo, Japan. The film is distributed by Cinenova, a volunteer-run feminist film and video distributor in London.

The interview film "grey" that is a central element of the exhibition, has also been screened by A- - -Z at both PAF Festival 2019 (Olomouc) and Gaze to the Unknown 2019 (Mimosa House, London).

As Japan's only male geisha, 32 year old Matsunoya Eitaro attracts curiosity both nationally and globally. As head of his family-owned geisha house, he performs in female kimono, is a cultured host with studied effeminacy, and has perfected the gestures and dances of a women's profession. Matsunoya's one-of-a-kind story is an alluring portal into a rich history of non-normative gender expression in Japanese performing arts. He also presents a fascinating meeting point of individualism and nationalised identity.
Matsunoya is unique in Japan: he identifies as cis-male, while sharing his artistic occupation exclusively with women. This life-choice was radically anticipated by his mother, who trained him to be a geisha from an early age. At work, Matsunoya is a geisha like any other: does his gender matter? Gender always matters, but perhaps more important is that Matsunoya embraces his difference in order to revive a traditional art for which he cares deeply. For Diernberger and Saunders, their encounter with Japan's only male geisha - as well as the other artists they met as a result - has pushed them to interrogate their own strategies for identifying with difference.

Through the fine interweaving of video, photography and sound, the exhibition "The Only Male Geisha" illuminates the artists' encounter with Matsunoya. The works hold the viewer at an enticing distance that respects his oblique persona and his wish not to be fully understood or assimilated. 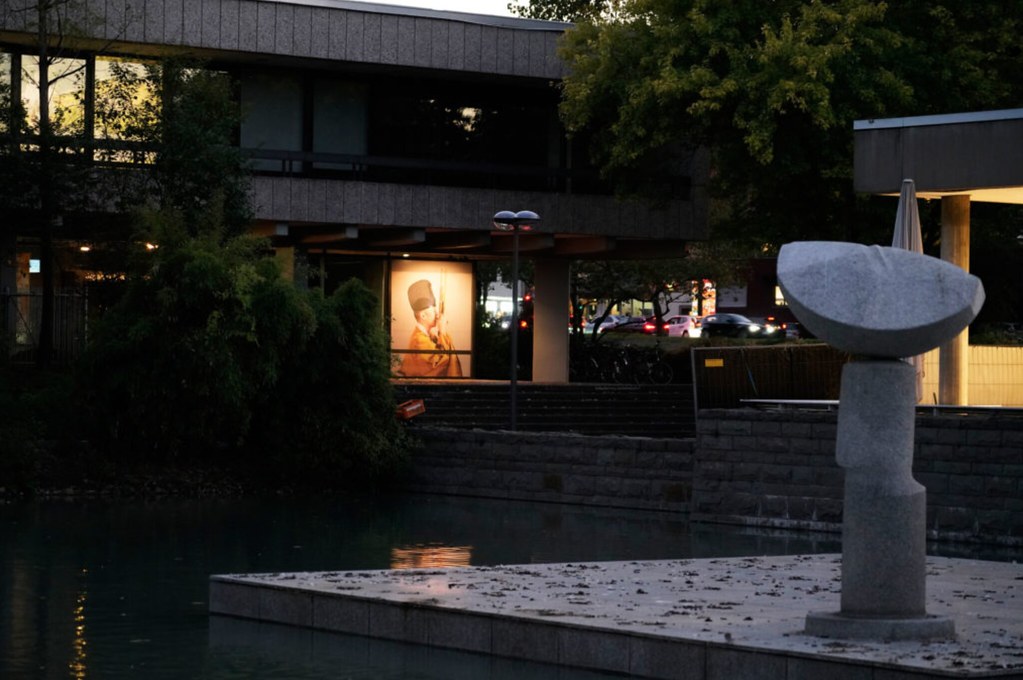 The Only Male Geisha was also shown as a site specific audio-visual installation in the galleries of The Goethe Institute in Salvador da Bahia, Brazil, 2018.